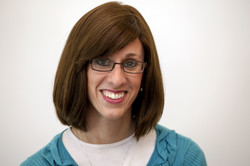 Mrs. Devorah Lewis
Mrs. Devorah Lewis attended Yeshivas Darchei Torah Girls High School in Southfield MI. After graduating, she went on to study in Yavneh Teacher's Seminary in Cleveland, OH. There she received her teaching degree from Torah U'Mesorah, and her Bachelors degree. In addition, she received certification in Special Education.
Immediately after graduating, Mrs. Lewis accepted a teaching position in Bais Yaakov of St. Louis. There she displayed a passion for teaching adolescents and a dedication to their education. After a year in St. Louis, she and her husband relocated to Israel where she attended the Ner Le'Elef training program. As part of the program, she spent two years in Santa Barbara opening her home to the Jewish college students there. Her most current residence was Dallas, TX, where she spent the past five years teaching in Mesorah High School for Girls.
Mrs. Lewis brings to Meira Academy experience in developing curriculum with a strong focus on skills as well as various creative teaching techniques geared to reach students of varying skill level. She has an understanding of teenagers and the ability to interact well with students, staff and parents.
​ 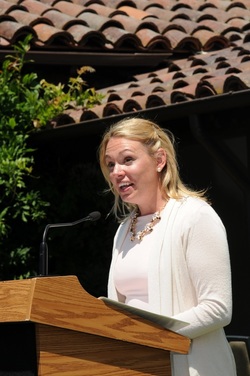 Victoria Rodrigue
Ms. Rodrigue received her Bachelors in Arts from The College of the Holy Cross in 2007 with a degree in Music and German Studies. A top student through-out her college career, she was inducted into Phi Beta Kappa and awarded a Fulbright Scholarship for the 2007-2008 academic year. Ms. Rodrigue spent her Fulbright year at the University of Vienna in Vienna, Austria, where she studied the sketches for Hugo Wolf’s unfinished opera, Manuel Venegas. She also worked as a teaching assistant in English at two Viennese high schools and spent her spring break exploring the pyramids at Giza and Karnak. Following her year abroad, Ms. Rodrigue attended the University of Michigan—Ann Arbor, where she received a Master’s Degree in Musicology. Her master’s thesis, which she later presented and published as an article, examined musical representations of sociocultural identity in Viennese Operetta.
Ms. Rodrigue moved to the Bay Area in 2010 to begin work on her PhD in musicology at Stanford. While there, she began studying Hindustani Classical Music and had the unique opportunity to take a class with Ustad Amjad Ali Khan while he was a resident artist at Stanford.
Ms. Rodrigue has experience teaching students of all ages. She taught undergraduate music history, ethnomusicology, and ethnography classes at both the University of Michigan and Stanford University as a graduate instructor. After five years in academia, Ms. Rodrigue turned her attention to younger students. She has worked with two non-profit extended learning programs in California, Moving Forward Education, which provides academic and social-emotional support for young girls in low-income schools, and Citizen Schools, where she taught math and enrichment classes to low-income middle school students who were below-grade-level in math and English. Most recently, Ms. Rodrigue helped to open BASIS Independent Silicon Valley in San Jose, where she served as Dean of Students and the Summer School Principal.
In her previous roles, Ms. Rodrigue has taught her students that in order to be successful they must take ownership of their educational experience, define their own goals, and develop the ability to assess their own strengths and weaknesses. She encourages her students to see failure as a starting point and a learning opportunity, to explore and develop their own interests, and to support and respect their fellow students. She believes passionately in the importance of nurturing the “whole student” and is excited to join the community at Meira Academy
Ms. Rodrigue loves surfing and skateboarding and can be found in the lineup at Santa Cruz at the Hook, Sharks, or 38th avenue most weekends. When not surfing, she also enjoys mountain biking, hiking, and wilderness backpacking.